I’m still wearing my StarFest wristband for Sunday, April 21st, even though it’s been over a week since the 3-day entertainment convention ended.  As per tradition, I will leave it on until it falls off by itself.  That way, a part of me can still pretend I’m there.  I’ve been so involved in this particular convention for so many years and I’ve met so many movie and film stars as a result.  James and I have sold many pieces of art here and I have proudly displayed my sci-fi models for consideration year after exciting year.  It was here I fully understood the archetype of The Inventor working within me while watching Iron Man for the very first time in the StarFest Superhero Movie Room.  In this same room I realized I had quite a taste for retro TV, watching an unintentionally hilarious episode of The Incredible Hulk as James ran back and forth to see who was bidding on his paintings, my laughter following him down the hallways. 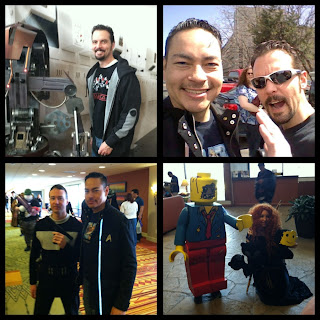 In this fantastic setting populated with Stormtroopers and Federation Officers, Klingons and Jedi, I have been able to meet the heroes and heroines of science fiction cinema who have shaped and inspired me.  This year, a year when my 7-year old self hoped I’d be driving a flying car, James & I attended StarFest 2013 and had an amazing, magical time as we always have, sharing a room all weekend at the Marriott Denver Tech Center w/ bff Rebecca.  This time I made 3 rare 1984 Revell models from David Lynch's Dune for the model show and won the Rare Kit Award and a Colpar Hobbies gift certificate…for more models!  Since the eyes of the people native to Dune are blue, James also got me blue colored contacts from the dealer's room.  A bit uncomfortable but everyone loved them.  The light-up jackets I did were very successful and next year I plan to do something more elaborate. 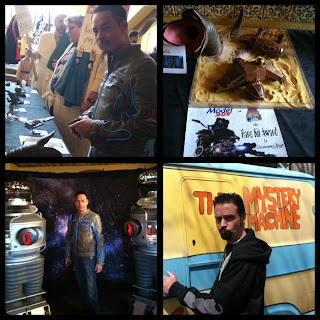 I met Ben Browder from Farscape and StarGate ( who also played Lee Majors in the Charlie's Angels TV movie ) and saw the actors and actresses from Star Trek DS9, Fringe and The Walking Dead.  The weekend flew by so fast, too fast, but many of us are also attending Denver Comic Con later this month and I'm looking forward to meeting George Takai, Wil Wheaton and James Callis - who is one of my favorite actors from Battlestar Galactica.  I own two of the costumes he wore on the show and look forward to sporting them for him ( you may remember him from Bridget Jones' Diary as her gay best friend ). 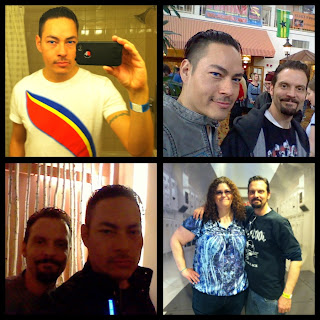 My eyes were already red from those contacts as we left that final Sunday so it looked as though I had been crying ( though StarFest has always caused a tendency in me to cry on the way home - I even go into post-con depression when it's over ).  On the way out, James overheard two guys talking.  One of them sighed wearily and remarked, "Well, that's another one over and gone."  James asked them if they ever cried on the way home.  One of them said, "Only if I'm wearing my shades."  This legendary convention means a lot to many different people and the fact that it only happens once a year makes it all the more special…and poignant. 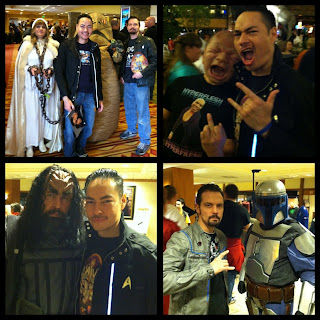 Two days afterward, the day before my 40th birthday, I was speaking with a psychic I knew ( this gets weird ).  She held her palms over mine and closed her eyes, searching for any intuitive impressions.  When she opened them back up she just smiled and said, "You know you're not from around here, right?  That Starcon thing you just went to - you like it because your soul remembers being somewhere else, off-planet.  You remember spaceships and robots and aliens and all the things you see at that convention...and it makes you sad when you have to leave.  What kind of shows do you like to watch?" 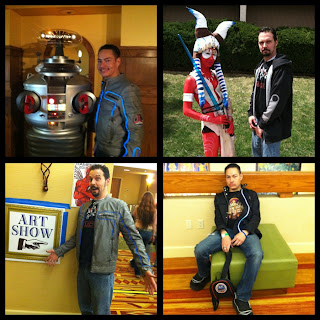 I told her I loved shopping at the StarFest dealer’s room, where I could obtain rare old sci-fi bootlegs from the 70's / 80's - vintage shows with bad acting, cheap special effects, awful fashion coordination and ridiculous set design.  She told me to name one.  I told her I just bought The Fantastic Journey, from 1977, about people who get lost in the Bermuda Triangle and run around in bell bottoms trying to find a way home.  She smiled and asked me what I watched as a child.  I told her my favorite thing on Saturdays in the 80's was "Dungeons & Dragons", about a group of kids thrown into another land who are trying to...find a way home.  She made me think back to my very favorite movies and shows and I realized that so many of them shared this same theme.  Even Ben Browder's characters from Farscape and Stargate were both thrown into other worlds and were searching for portals home.  She asked what year I was born and I told her '73.  She said that's why I keep being drawn back to that time, it's when my own portal was still active. 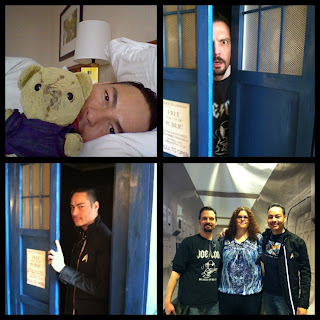 She proceeded to clear up another couple of oddities from my childhood which also involved coming here from somewhere else and longing to find a way back.  We spoke about my mother and I informed her that my mother’s blood type was very rare - RH-negative - and she reminded me that this is the blood type which was said would someday prove alien ancestry.  In studies, an abnormally large percentage of people who claimed to have been abducted had RH-negative blood or mothers with it.  She also said, just like the characters in the programs I resonated with, that I was always on the lookout for portals to other places, and that even if I couldn't see them, I could feel them.  She asked if I went ghost hunting a lot - anywhere that portals were open in which things that had the ability to could jump back and forth.  I answered in the positive and she told me it was another thing I remembered doing before - interacting with other forms of life as we each crossed different thresholds on our journeys. 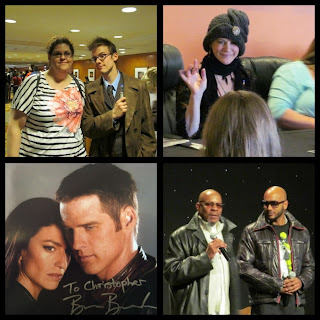 I hadn't asked her any questions or gave her any information about myself other than the fact that I'd just been to a science fiction convention, but I did ask her one thing about what she said.  I wanted to know why she thought in all of StarFest, my favorite place to sit was on one particular floor which featured an enormous skylight.  I showed her a picture of it, and she closed her eyes, and told me it looked nearly identical to a building - a spaceport - I remembered, from which I would sit and watch the ships come and go.  Some of them were on their way to Earth, and I so wanted to be a part of that experience.  I immediately recalled watching Gattaca previously, about a man desperately yearning to leave Earth for Saturn’s Titan moon - and from his building he would watch the rockets as they blasted off for space.  I went through the pictures on my phone and realized that the skylight I so enjoyed standing under at StarFest’s Marriott and the one “Vincent” worked at in Gattaca were very similar in appearance, indeed. 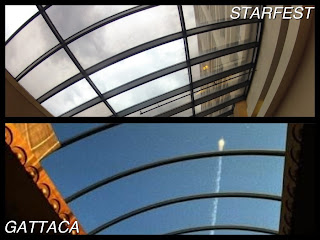 I can’t believe I have to wait a whole other year to get back to that “spaceport“, the closest thing I may ever come to the real thing in this incarnation.  During StarFest 2012, the models I had submitted - three of my favorite spaceships from my favorite series - had won “Best Battlestar Galactica”.  They were part of a larger caravan of refuge ships which traversed space looking for home, a mythical place known as Earth.  The psychic had told me that the spark of God was alive in everything we made, no matter how small.  I knew then which models I would be working on for 2014, thinking of portals and vortexes and stargates.  I thought of the Abydos temple in Egypt and the mysterious and fascinating hieroglyphics discovered there, the ones featuring objects that looked like modern-day craft.  After speaking with the psychic, I had decided to find some StarGate model kits on eBay – I didn’t realize that in the Stargate movie, the rulers were actually from ABYDOS, and I was happy to discover this written on one of the boxes.  Not  a minute after finding these, I visited Facebook and stared wide-eyed at the first image I saw, posted from StarFest’s Costume Contest.  It was a man in an Abydos guard costume. 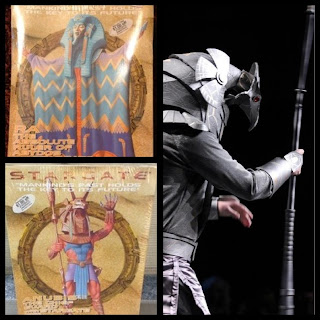 I began sketching out my next costume for StarFest 2014 yesterday, James is retouching his paintings and we’re both counting down the days until the next Star Trek movie premier.  We’re not yet living the future we’d hoped to, but we can surround ourselves with things that inspire us to.  Ben Browder’s signed photo hangs next to his Farscape action figure I found in the dealer’s room.   I remember his warm handshake and how much I envied him, running around with laser guns, evading enemy aliens and blasting off in spaceships on his show.  Perhaps I did do something very similar in another incarnation, hoping something of that spirit would come to remember as I waded through the river of forgetfulness to this life. 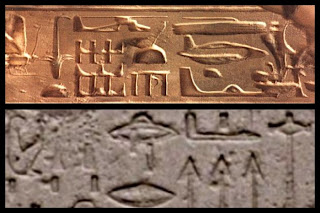 For now my StarFest wristband hangs limply from my wrist, its ink gradually fading, reminding me of fading beauty and the fact that I’m supposed to be 40 now, but I don’t feel it or think it.  I plan on staying young forever, at least long enough to see cars fly, commercial ships leaving for deep space and portals opening toward more adventure. 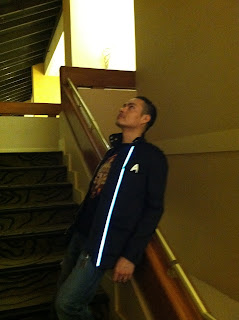 Posted by epicanthus at 9:09 AM